Christian Vande Velde (born May 22, 1976 in Lemont, Illinois, U.S.) is an American professional road racing cyclist and two time olympian who currently rides for Garmin-Barracuda. The son of United States Bicycling Hall of Fame inductee John Vande Velde, Christian became professional in 1998 for US Postal after many successful years on the track where he won 5 national championships and the World Cup overall in the Individual Pursuit in 1997.

He twice rode on the Tour de France team that brought Lance Armstrong to victory, in 1999 and 2001. Christian moved to Liberty Seguros in 2004 and switched to Team CSC in 2005 where he stayed through 2007. He worked as a domestique for several different leaders from Roberto Heras to Ivan Basso and finally Carlos Sastre.

In 2008, Christian made the transition from super domestique to team leader, finishing the season as one of the world’s top cycling talents. As part of the winning team time trial squad at the Giro d’Italia, Christian became only the second American ever to don the coveted maglia rosa. He rode heroically throughout the 2008 Tour de France, finishing fourth overall. The team’s biggest win in 2008 came when Christian took home the yellow jersey from the Tour of Missouri. He is Team Garmin-Barracuda’s on-the-road captain and will lead the team in many future victories.

Christian married his high school sweetheart, Leah in 2002. Together they have two daughters Uma and Madeline. 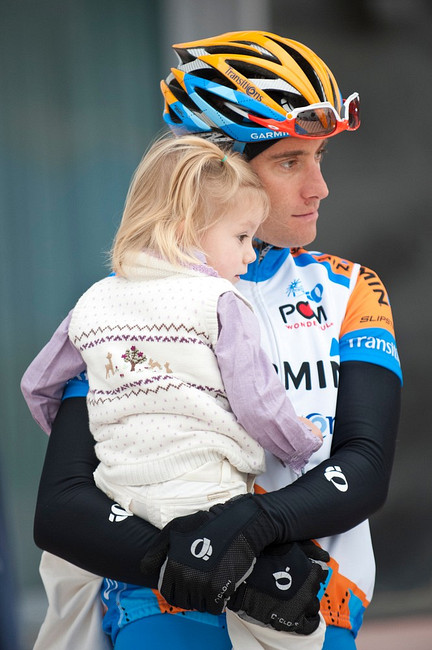